The children participated in hockey training in the morning at the Hockey centre and played on the pitch where the Olympic Final was held. In the afternoon they participated in tennis sessions at the tennis centre on the courts used at the Paralympics. The day finished with a tour of the Velodrome – a truly magnificent stadium. The children enjoyed a fantastic experience and were great ambassadors for the school.

Sport for Schools is a registered charity event that supports the training of professional athletes and sports programs in schools.

The pupils were very lucky as they met and trained with three professional athletes in triple jumpers Kola Adegoyin and Nathan Fox and 400m runner Lewis St Lennon. All three athletes have represented Team GB at the highest level.

Pupils in KS1 and KS2 participated in circuit training stations that included press ups, sit ups, star jumps and squat thrusts. All pupils competed to their highest ability and the energy in the hall was very up lifting. The day ended with the Athletes leading an assembly in which they demonstrated some of their training techniques and took questions from children.

Overall it was a very inspiring and motivating day and we are sure in the future ex Cowley Hill pupils will be the Team GB members inspiring a new generation.

The money raised from Sport for Schools supports the athletes training costs and helps the school obtain new PE and Sports Equipment. 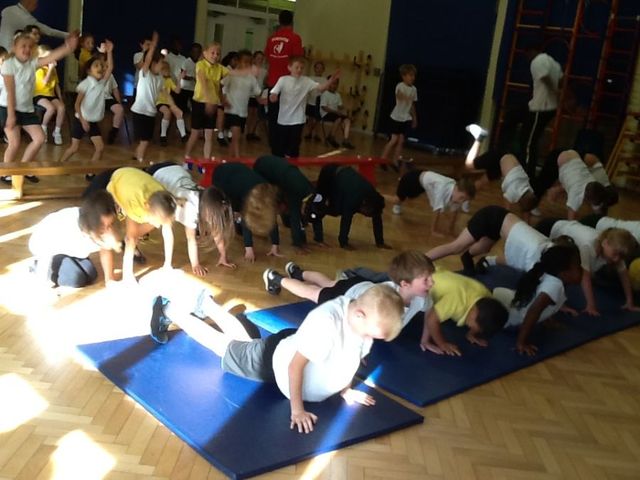 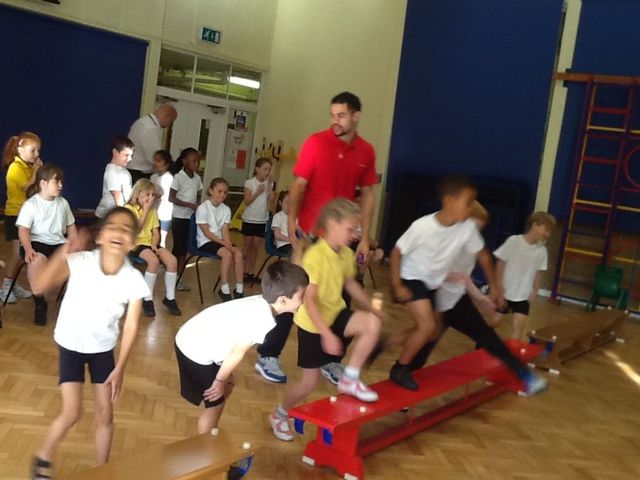 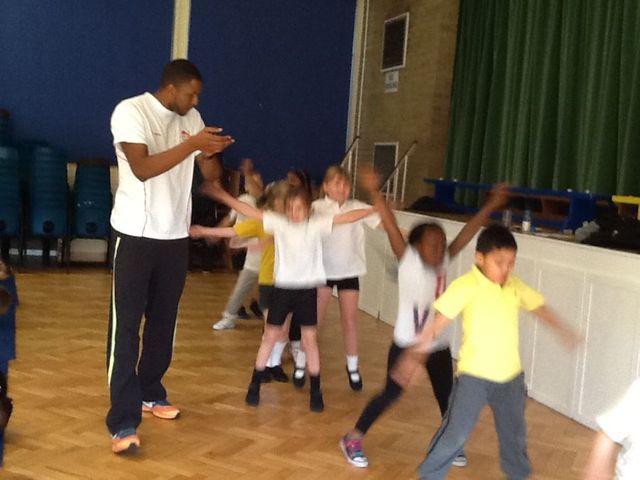 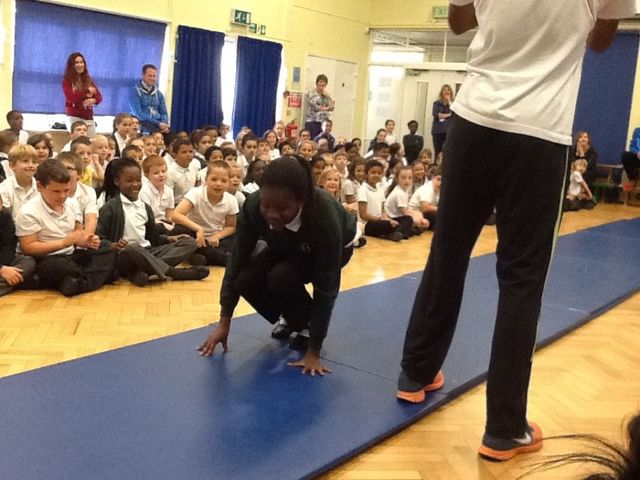 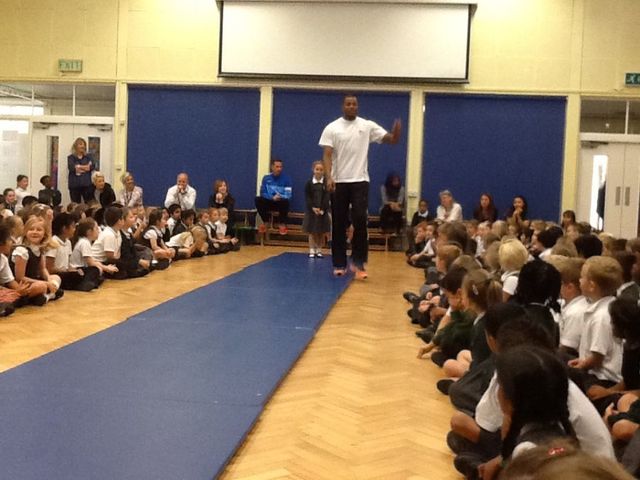 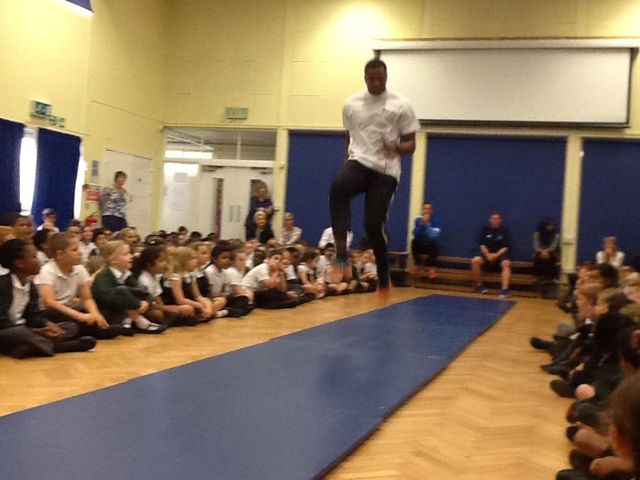 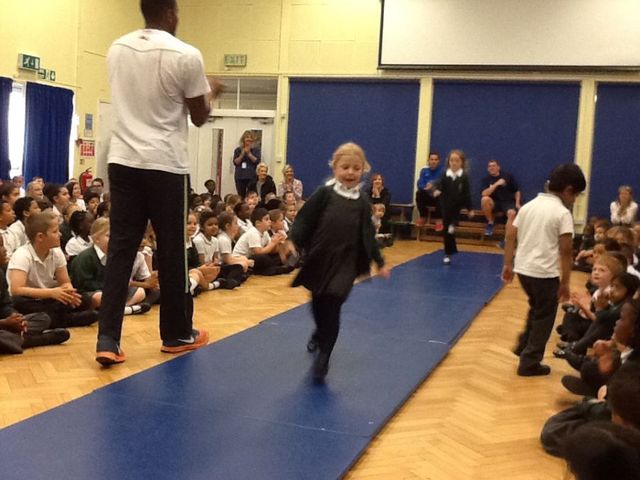 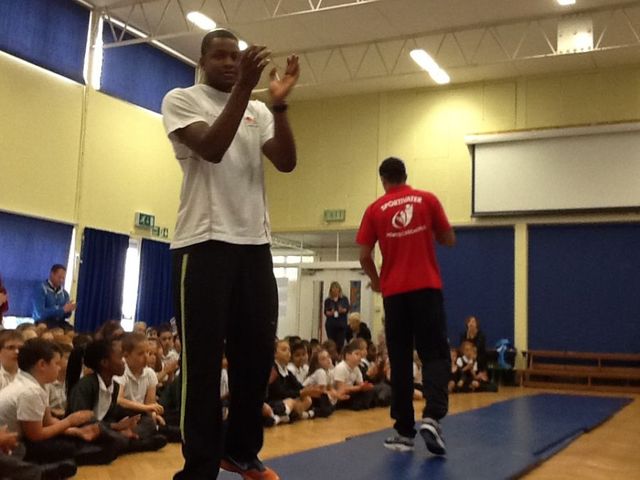 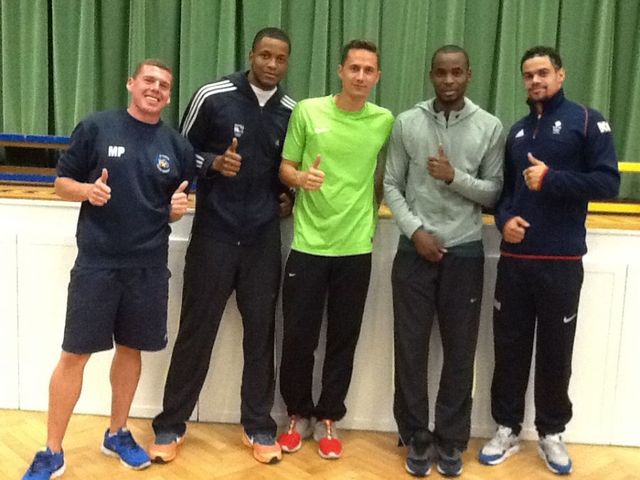 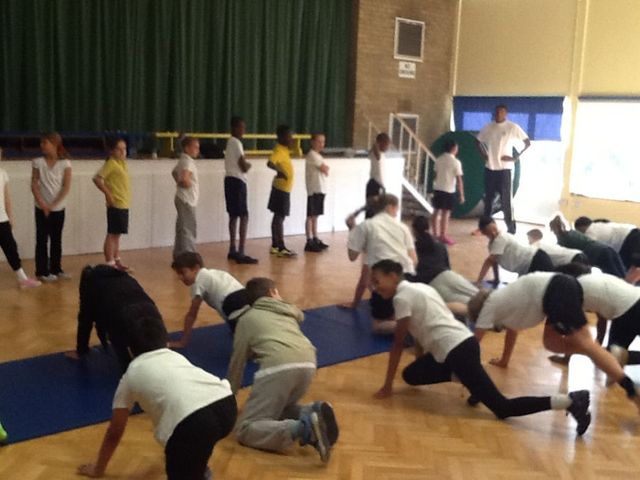 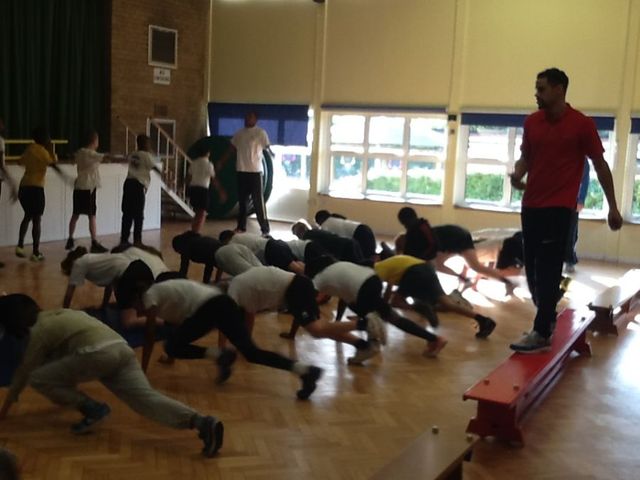 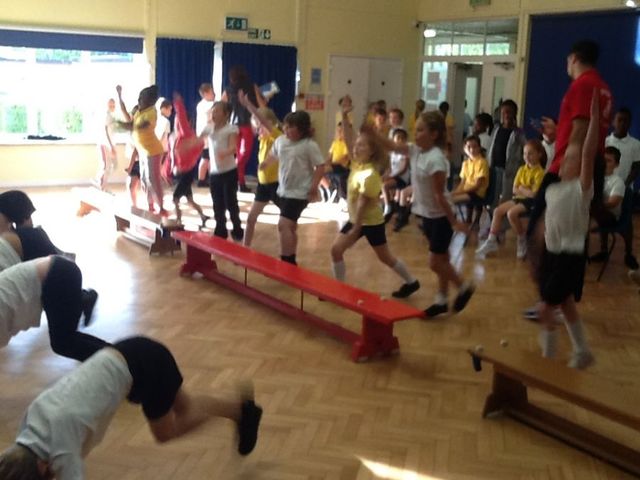 The morning was designed to progress a range of PE skills including hand eye co-ordination, balance, agility and ball skills. They had great fun participating in a variety of activity stations such as hurdles, target throwing and parachute games. All of our year 1’s performed fantastically and this event will greatly benefit them for future events as they progress up the school.

Our Year 6 pupils took on the role of Young Leaders organising and leading the activities for the pupils from all of the schools present. They were very mature, responsible and set a great example. Well done year 6 for being great ambassadors for the school.